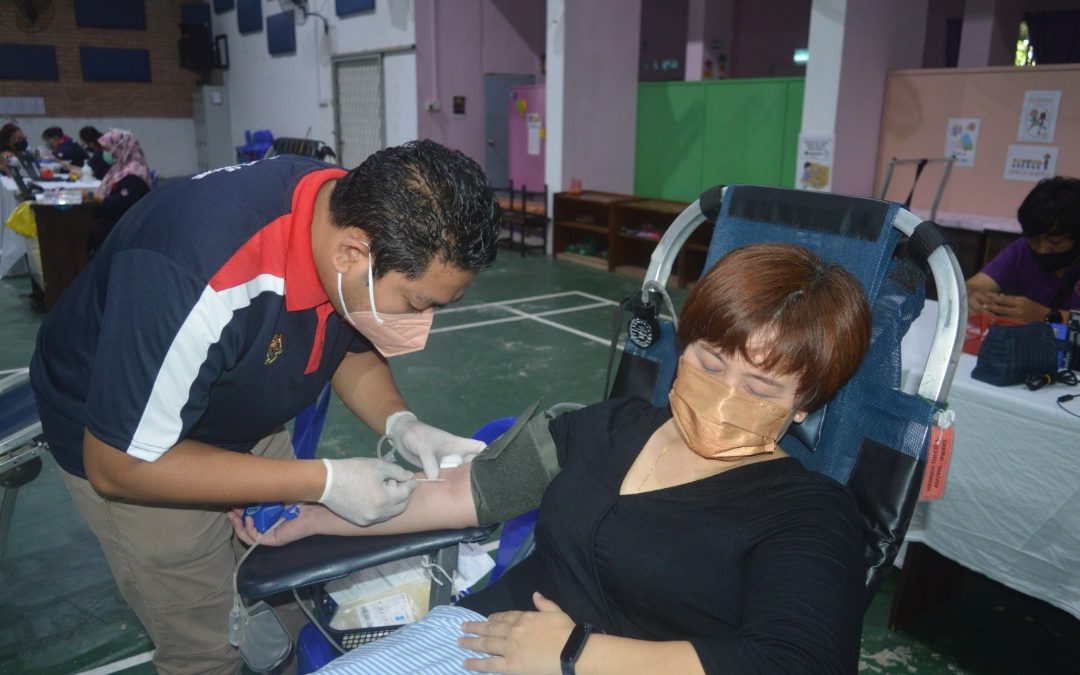 Hampered by the COVID-19 pandemic restrictions for the last two years, the enthusiasm was evident at the recent campaign with a positive turnout surpassing the original target of 30 pints.The one-day campaign recorded 26 pints collected during the morning session, which opened from 9.00 am – 12 noon. The campaign was expected to conclude at 3.00 pm.

Parish priest Fr Wilfred Atin, who has been a staunch supporter of the campaign since it was introduced years ago by the organizing committee, urged parishioners to support this charitable deed. He affirmed that the parish would continue to make the blood campaign drive a fixed program in the church calendar as part of the parish’s effort to assist our hospital blood banks.

MRSC chairman, George Maison, who is also senior laboratory technologist of Transfusion Department at QEH, informed that the parish’s effort is now recognized by the hospital as one of the most active blood donation campaign centers in Penampang. He also revealed that regular registered donors, regardless of race or religion, from outstations are responding to the drives whenever they are made known digitally through their smart phones or other social media platforms.The sentiment was echoed by the co-organizing chairman Adrian Aloysius, also the chairman of Penampang Branch, Malaysian Red Crescent Association.

Aloysius, who is also an active parish youth member, added that not only donating blood will save lives, but also benefit donors as during the initial process it requires each person to complete a simple physical examination and blood test before giving blood.This process at times may identify unknown health concerns such as anemia or high/low blood pressure, body temperature, heart rate, hemoglobin or iron levels, which could be a first step toward seeking treatment.

Donors received small packages of light food and drink in addition with a pack of rice as gifts of appreciation.Sunday Eucharistic Mass services at St Michael’s Church Penampang are celebrated in three (3) languages, namely, Kadazan @ 8.00 am, Bahasa Malaysia @ 10.30 am and English @ 5.00 pm weekly. – JJ (Soccom Penampang) 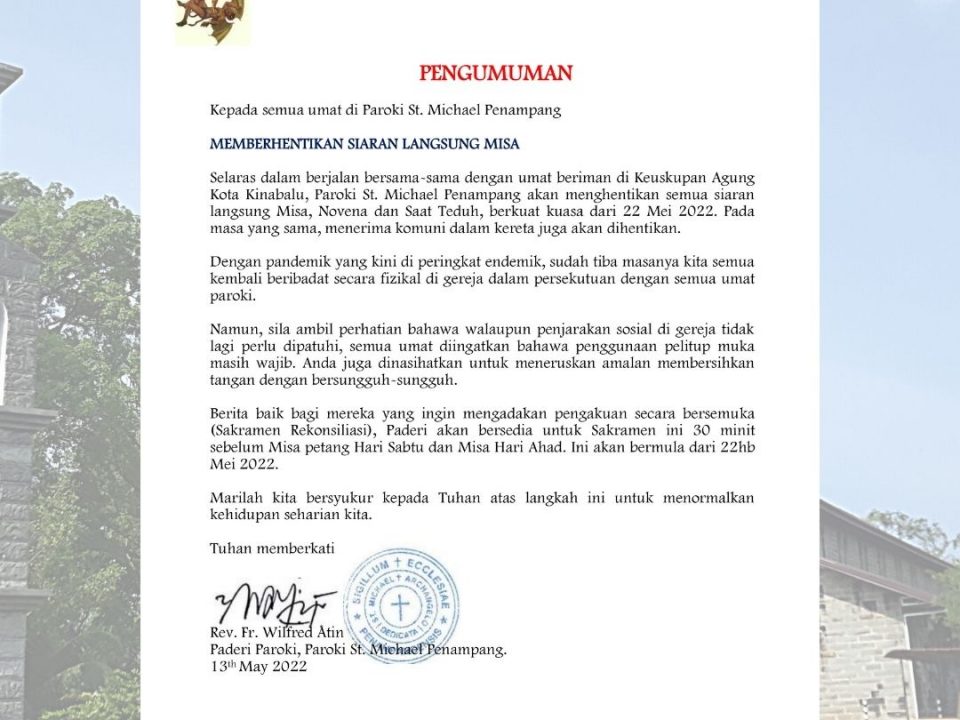 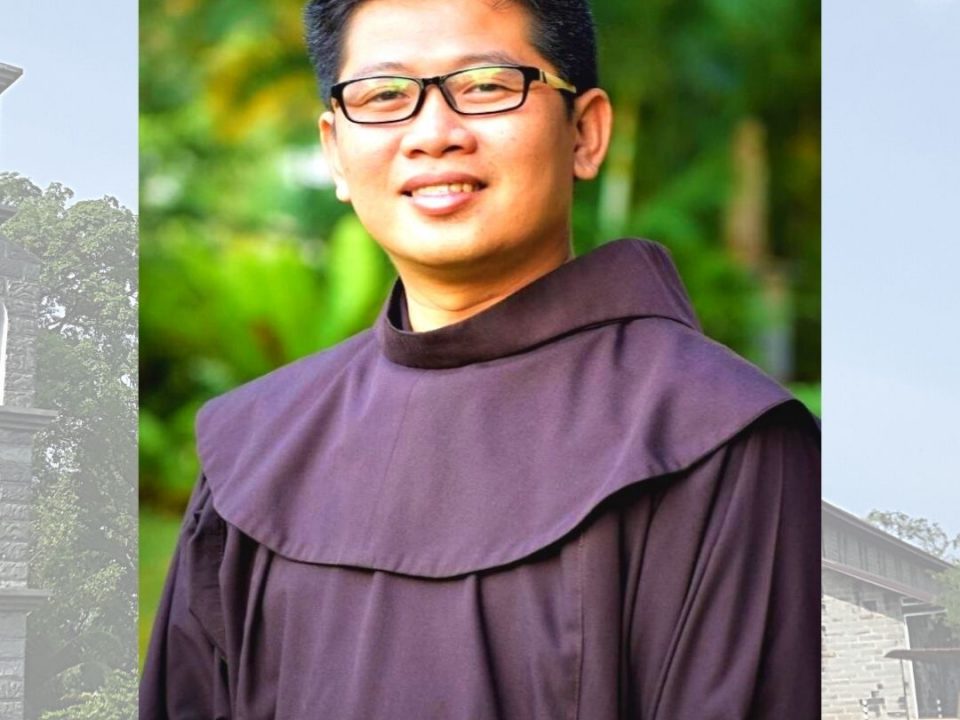 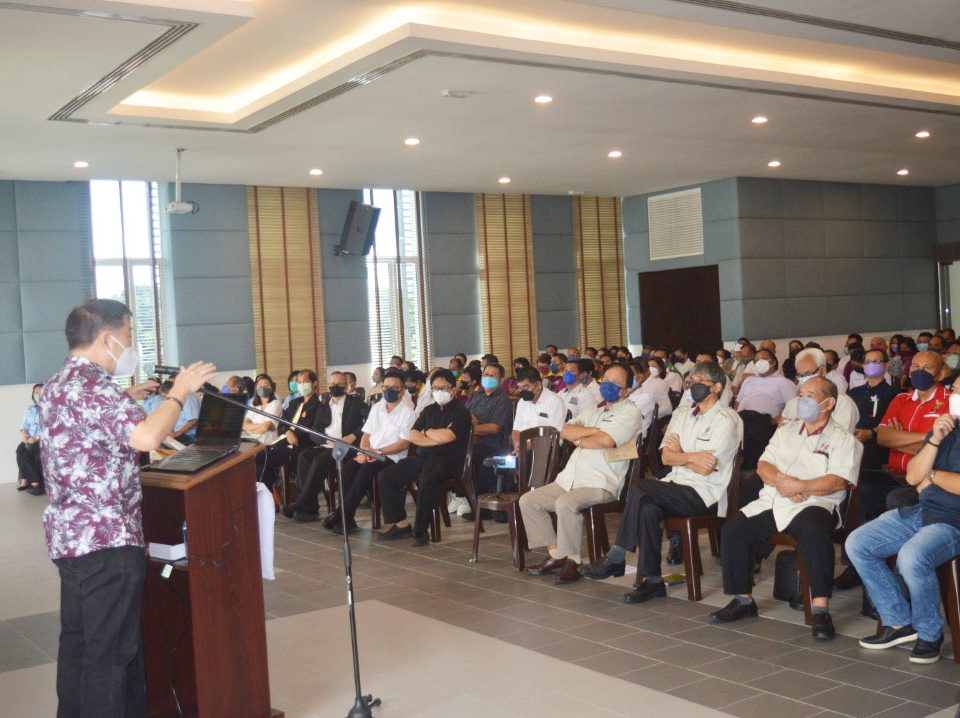 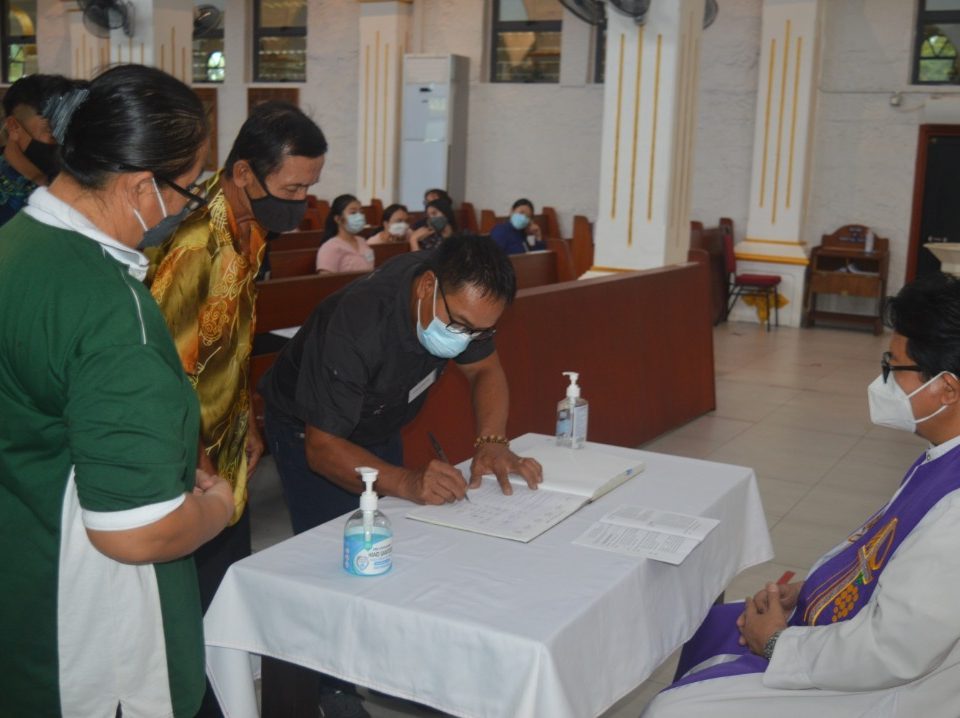