The History of Inobong and Penampang Mission from its foundation until the end of the Second World War (WW2), 1887 – 1945 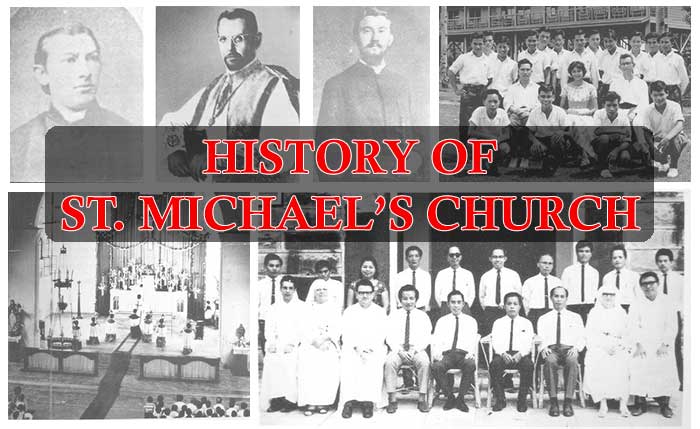 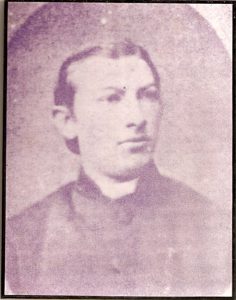 Toward the end of 1885, Mgr. Jackson asked Fr. Prenger to leave Sandakan and appointed him to be assistant to Fr. Pundleider in Bundu, Kuala Penyu. In June 1885, Fr. Prenger and Fr. Ignazio rowed up the Putatan river, he came to a village on the bank. That was the first time priests visited Putatan, a Kadazan village. Fr. Prenger had been in SImpudu and so he could have said a few words in Kadazan which made him welcome by the people. This first visit was of short duration. This was more an introductory visit.

Perhaps there was not enough work for two priests in Bundu, so in June 1886, Fr. Prenger visited again the people in Putatan village and went up river as far as Inobong. This was a first visit of a priest in Inobong, another Kadazan village on the river bank. He met and talk to some people there. He settled down in Inobong to open a Mission Station.

At the beginning of 1887, Fr. Prenger opened Inobong Mission and started teaching the people about the Christian religion. He had a few people who were interested. By Easter 10th April 1887, he baptized four boys in Inobong; Petrus Moliping, Paulus Satabar, Michael Mohujang and John Tan Kan San.

Fr. Prenger did not stay in one place only. He really worked hard to teach the Christian religion to them. With Inobong as the headquater, he traveled far and wide to preach the Good News to the people. In August 1887, he walked as far inland as Tambunan area but the people in Tambunan did not welcome him.

The first Sacred Heart Church, Inobong was completed and opened.

In 1889, Fr. Prenger went downriver to visit the people in Penampang. By this time, he was fluent in Kadazan. Fr. Prenger built a house there and soon Penampang became the outstation of Inobong Mission.

At the beginning of 1890, Fr. Rientjes arrived in Penampang and was put in charge of Penampang Mission. Around the same year, the building of the first Penampang church began.

In July 1890, Fr. Prenger was called back to teach at Mill Hill College. Fr. Rientjes was left alone. He stayed at Penampang to work among the people in Penampang and visited Inobong on every other Sunday.

On Fr. Prenger’s departure, Mgr. Jackson commented; “That loss is a great cross for me. I can’t spare him, nobody else knows the language of Putatan. A most pious, zealous and clever priest.”

Fr. Rientjes drowned in Putaton River on Ascension Thursday the 15th May 1891 when Fr. Prenger was teaching at Mill Hill. Since no Catholic priest could be present at his funeral, he was buried with the Anglican prayers said over him (He was buried at the Inobong Catholic Cemetery). After the death of Fr. Rientjes, Fr. Reyfert and Fr. Pundleider came to help in Inobong and Penampang for a while.

Fr. Prenger came back to Borneo after four years, on Tuesday the 3rd June which marked, as Mgr. Jackson remarked, the ‘Principal Date’ for the year 1892. “It is said that Fr. Prenger asked every day at Mill Hill to be sent back.” (Staal). He went straight back to Inobong.

Mgr. Jackson appointed Fr. Duxneuner to assist Fr. Prenger at Inobong in February 1893. With two priests at Inobong, Penampang began to progress. By the middle of 1893, Penampang Mission could stand on her own. In September 1893, Fr. Duxneuner settled in Penampang to manage the Mission work there. He was conferred the title “FOUNDER” of Penampang Mission because of his hard labour and determinations to establish the Mission. In September 1893, he was assisted by the local faithful in putting up the cross on top of the MOUNT TIVUNG.

On Ascension Day, 8th May 1897, the Inobong Church was blessed.

After the year 1900, concentration in Mission work shifted from Inobong to Penampang.

The situation in inobong Mission was not encouraging. Of the 120 Catholics, only 9 people attended Mass regularly.

On the 5th March 1902, Fr. A. Prenger died while seated and resting. The faithful mourned his death and kept vigil over his body for three days until Fr. Gossens and Fr. Williams came. His body was buried alongside that of Fr. Rientjes at the Inobong Catholic Cemetery.

Inobong was finally made the outstation of Penampang. Fr. Van den Besselaar started a school at Inobong, but only a handful of boys attended class. 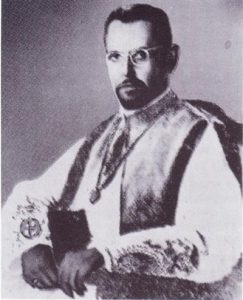 Fr. Wachter was forced by circumstances to go back to Inobong. So in February 1910, Inobong Mission was again opened as a station.

The first catholic school in Limbanak was built in 1910 by Fr. Wachter. The building with only one classroom was constructed on stilt with attap roof and its wall was half covered with planks. 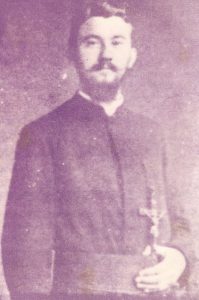 Fr. Wachter built a big school for boys in Inobong. In the same year, the convent in Inobong started. With the presence of the White Sisters, Mission work expanded in Inobong reaching both men and women. The sisters stationed in Inobong were Mother Stanislaus, Sr. Innocentia and Sr. Alban.

In the middle of 1920, Fr. Joseph Staal came from Sandakan to assist Fr. Wachter in Penampang. As an assistant Fr. Staal looked after the interests of Inobong Mission. During this period, the outstations of Penampang – Inobong Mission, went as far as Tambunan. Fr. Staal went with Mr. Louis Majapur, a catechist, to Tambunan. Fr. Staal was a keen explorer. They traveled on foot up and down the Tambunan plain. There, they built a small house made of bamboo.

In September 1921, the Inobong Convent and School were moved to Penampang. Fr. Staal wanted to concentrate his work in Inobong.

The first Catholic Church Building in Limbanak was built on a piece of land at Kampung Limbanak, bought by Fr. Wachter.

In Penampang Mission itself, one of the permanent signs of expansion was the building of the Stone Church. This work began in the early 1930s. As early as April 1929, Mgr. Wachter already had the intention of building this church. He was offered US$1,000.00 for a chapel in Kudat, but he was almost tempted to keep back the money for the Penampang Church. 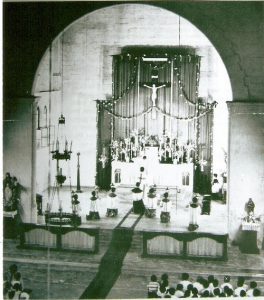 The site for the Penampang Church was ready by the middle of March 1935. On April 1935, the two church bells which were hung on a temporary tower were solemnly consecrated by Mgr. Wachter. The foundation stone for the new church was laid during a special ceremony on the 29th September 1936, the Feast of St. Michael. And for the building of the church, Mgr. Wachter had specially invited Brother Aegidius Leiter, the master builder, to be responsible.

Later, Brother Alexander, Brother Pius and a number of local people came to help in the work. The church took a long time to build because of the amount of work involved in the cutting of the stones and carrying them to the site. When the Second World War began, only the walls were completed. The condition of the church without a roof saved it from being bombed during the war. Work on the building began again after the war. It was completed in 1947.