Find out more about our parish. Read on about our history and our patron saint.

The oldest church in Penampang District, St. Michael Catholic Church is located on a steep hill on the far side of Penampang town area. The church was initiated by Monsignor August Wachter.

The Foundation stone was laid during a special ceremony on 29th September 1936, the Feast of St. Michael. Nonetheless, during the Second World War, only the walls were completed. The condition of the church without a roof saved it from being bombed during the war. Contruction resumed after the war, and was finally completed in 1947. Over the years, the church building has been much renovated.

The Parish consist of 16 churches and chapels.

The majority of people living in this area are Kadazan who live in peace and harmony with each other. 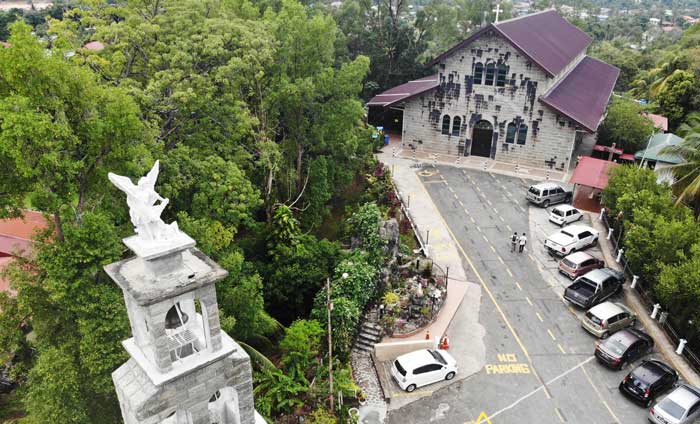 Holy Michael, the Archangel, defend us in battle. Be our safeguard against the wickedness and snares of the devil. May God rebuke him, we humbly pray; and do you, O Prince of the heavenly host, by the power of God cast into hell Satan and all the evil spirits who wander through the world seeking the ruin of souls.